This blog details my journey so far as an Apprentice Web Developer at CTI Digital.

In November of 2015, I had hit a time in my life where things had become stagnant and I wasn’t really happy with my situation. I was working two jobs, one in a shop serving customers and stacking shelves of an evening and one as a labourer for my dad who works as a stonemason during the day. Neither of these jobs held my interest, it was mainly just a means to earning money so that I didn’t feel like such a drain on my parents and was able to support myself. Being unhappy with my situation, naturally I looked into ways that I could improve it. I had always enjoyed coding. I started during college when I did Games Development, however this was self-taught as learning any sort of programming language was not currently on the curriculum (as much as I pestered the tutor’s for it to be added). I started off by learning Pascal which is a basic programming language which is used to give people an introduction to coding. Then once I had a good understanding of that I delved into things like HTML, CSS, JavaScript and C++. So with what I had learned and an interest in coding I decided to looking to Web Development apprenticeships. That’s when I came across Happy Computers, which were listing some apprenticeship positions in Manchester.

Once I had applied I was given a group interview which gave me an opportunity to meet the other candidates, Paul Johnson the Drupal Director at CTI Digital and Sheena the Apprenticeship Manager. It was held at the CTI Digital office and Sheena went through some of the things that we will be expected to do and what we can expect if we do make it onto an apprenticeship at the end of the two weeks bootcamp. The apprentice bootcamp was really helpful as it allowed me to learn how to use Drupal as I hadn’t actually looked at it before. I built two sites for each week and these were what was submitted to each of the interested companies. I can’t thank Happy Computers enough for the help that I received in that two weeks as it allowed me to build my sites, improve my knowledge and get an interview here at CTI Digital. I was very nervous on the day of my interview but Paul and Matt who were interviewing me made me feel very comfortable and I think the interview went well. Well i'm assuming it did because I did actually end up getting a job.

On the 11th January this year I started my apprenticeship at CTI. I was a bit taken aback on my first day as it made me realise how much there is to learn once Mark had showed me the backlog of tasks that I would be doing. I was made to feel welcome and introduced to each member of staff individually. After trying to get everyone’s names straight in my head and set my mac up it was lunch, and the Drupal team invited me out for food which was nice as it allowed me to get to know everyone a little better.

I got to work learning different languages such as PHP and even started on my project site that I have to create as part of my apprenticeship. Mark had set me up weekly planning and retrospective meetings to make sure I was setting myself targets and hitting them at the end of each week, I also had workshops with other developers like James where they would show me how to do something. All of this was helping me become a better developer and the support that was given to me I will be ever grateful for. When I first started any sort of coding, I didn’t have anyone I could go to and ask questions. I didn’t have anyone setting tasks that they knew would improve my ability. Therefore my progress was not as quick and if I got stuck with something it would take even longer to resolve the issue as I wouldn’t have someone to point me in the right direction. I’ve made new friends at the same time too, so that’s also a bonus. We speak to one another on Slack and meetup every now and then when it comes to attending meetups like NWDUG (North West Drupal User Group). And so as time passed, and I learned more and more each day, I got onto project work. Being part of a team where we work towards a common goal helped my personal development even further, and I hope to carry on getting involved in various projects and bettering myself so that I can become a valued member of the company while i’m here and a skilled developer.

I’d like to thank CTI Digital, Happy Computers and my fellow apprentices for all of the support that I have been provided with in this six months. I look forward to the next half of my apprenticeship. 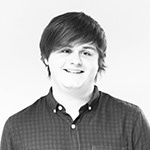 Daniel Davison
Daniel is a keen and talented Junior Developer with 4 years experience in the industry. After completing his apprenticeship at CTI Daniel was made a permanent member of the team and continues to develop his skills whilst working on various projects in the Drupal team.