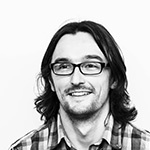 Omega is one of the most popular contributed Drupal base themes, and the next version, Omega 4, is currently under active development. We’re big fans of Omega 4 here at CTI Digital, and have been using it exclusively on Drupal projects for the past few months. Omega has made massive leaps forward since version 3 and we're keen to help keep the momentum going. While contributing development time to the project, we also feel it’s important to promote it throughout the Drupal community.

Matt Smith, one of the developers at CTI and an Omega co-maintainer recently presented at NWDUG, the local Drupal user group in Manchester. After introducing the basic concepts behind Sass and SMACSS he demonstrated Omega 4’s new features. Throughout the talk, Matt shows real life examples of how you can use Omega to build highly customised themes. There’s also a short look at the future of Omega 4 and the roadmap to a full release.

Matt will be giving the same talk to the Drupal Yorkshire user group on the 9th of July. It's free to attend so if you're in the area take the opportunity to brush up on your theming knowledge!